Are You An Upstander Or A Bystander? 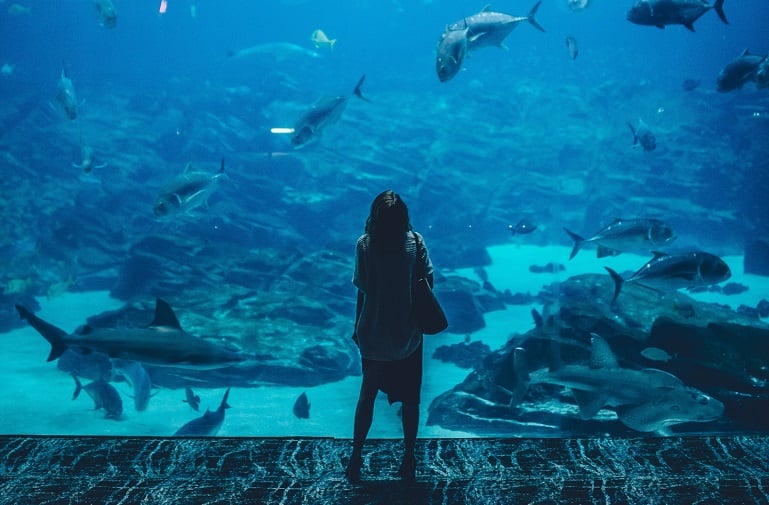 Are you the bully or the victim? This loaded question presumes only two roles in the landscape of workplace bullying, critically ignoring two more options: the bystander, and the upstander.

If you’ve ever found yourself observing a hate campaign out of the corner of your eye, you’ve probably wondered where you fit into the picture.

But you might have stepped in to defend the victim, and rightly so – if no one calls out the bully, their bullying remains the elephant in the room.

As a manager, you will rarely be the victim of workplace harassment or mistreatment – this is the nature of being in a position of power. Conversely, you may be witnessing harassment and mistreatment between your employees on a daily basis and be completely unaware that what you are seeing is wrong. The key lies in learning to recognise the difference between playfulness and mean-spiritedness, attempted leadership and intimidation, accidents and deliberation.

A junior team member always seems to be left out of important email chains, and so is left constantly scrambling to catch up. A female colleague always loudly disapproves of one particular co-worker’s skirt length – but doesn’t seem to apply the same disapproval to her own or other female colleagues’ skirt length. A personal dispute between colleagues has edged its way into the weekly Tuesday meeting – and now it’s always the same employee’s suggestions and ideas being ignored, dismissed or outright laughed at in front of the whole team.

No one says, ‘Why didn’t you add her into the email chain? Weren’t you paying attention?’

No one points out that, ‘Your skirt is as short as hers!’

No one ever disagrees: ‘I think that’s a great idea, actually.’

The fact is, the majority of workplace bullying does not go unnoticed by other employees but colleagues of bullying victims rarely defend their co-worker, for reasons ranging from ‘it’s none of my business’ to ‘I don’t want to be the next target’ to ‘well, no one else is stepping in, so why should I?’

This passivity is the underlying cause of what is known as the Bystander Effect. The colleagues of the victim see that he or she is being targeted, but they do not actively acknowledge it. These colleagues can suggest numerous reasons for failing to come to the victim’s rescue, but the most seemingly obvious, almost incredulously so, is the common protest of ‘No one else said anything so it can’t be that bad!’ This is called being a bystander.

The Bystander Effect was coined by American psychologists Latane and Darley in the aftermath of a 28-year-old woman’s murder in New York City, which took place over thirty minutes while 37 neighbours and passerbys ignored her screams. The Bystander Effect occurs when a person observes others doing nothing, assumes a position of complacency and, in turn, does nothing themselves.

It isn’t limited to violent displays in public settings among strangers, however; the Bystander Effect is in effect all around us, whether in our homes, on public transport, or in our workplaces.

Many workplaces are rife with unconscious bias, and the best way for you to help your team is to provide access to education on unconscious bias and the many ways it affects behaviour.

You can learn to recognise bystander behaviour by undergoing unconscious bias training. Unconscious Bias refers to the assumptions that we make without even realising, that then negatively affect our behaviour. Many bystanders carry the “unconscious” bias that the victim in a workplace bullying scenario must have “done something to deserve it”.

This same unconscious bias is a common reason for onlookers to stay silent. Refusing to intervene on the grounds that “then they’ll turn on me” is a typical assumption based on an unconscious bias towards someone who is being attacked – the assumption that “they did something to deserve it”.

Workplace bullying is subtle; it lies under passive-aggressive comments, eye rolling, cold shoulders. It hides behind playing favourites and promotion pass-over and is often the real reason behind convenient forgetfulness that ends with one person being left out of the loop.

In your team, instances of bullying and subsequent bystander behaviour is likely to be going under the radar. Keep your eye out for signs of employees who have become subdued, avert eyes, tense up around specific colleagues, or maybe even snap at what seems like a reasonable request – these are all signs of a worker on the edge, and often, a workplace bully is the culprit.

As a manager, anything you do spot should be put down on paper, no matter how small or easy to shake off. Watch out for snarky comments, unnaturally delayed responses, and clear attempts at power play. Keep track of these tendencies, no matter who they come from; workplace bullies can operate alone, but frequently enlist the “help” of others.

Advice for victims of workplace bullying is to log every incident and share with HR who are there to support – but how can you log or file facial expressions, tone of voice, or hand gestures that appear completely incidental to an outsider looking in? Furthermore, many victims are indirectly coerced into keeping quiet, the fervent denial of anything out of the ordinary by bystanders only adding to the belief that it’s best to say silent. That’s why it’s your role as a manager to reinforce to the victim that, no, it’s not “all in their head” and you do see what is happening – and appreciate you may need to collate the evidence on his or her behalf.

Everything from personality to past experiences can affect the way that a workplace bullying target reacts – or doesn’t react – to their attack. A bullying victim who has been targeted in the past may be more reluctant to openly state what is happening, having instead presumed that no action will be taken, or simply resigned themselves to being a lifelong target. You can coax the detail out of these types of employees; however, it will need to be with a gentle, judgement-free approach.

If your employee doesn’t want to talk about being bullied because they don’t want to admit - either to themselves or to others - that they are in fact being bullied, creating an open forum is critical. Ask ‘how’s it going?’ or ‘is there anything that might hinder their performance in the next few weeks or months?’ You may even ask, ‘I’ve noticed that you seem a bit down lately – is there anything I can do to help?’ Soft language is important – your employee will feel more able to speak up when they don’t feel accused or put on the spot.

Allow them to confide in you. Acknowledge that they may feel scared; reassure him or her that you won’t view them as a troublemaker, you will take action, and you will not allow the situation to get worse.

Above all else, ask yourself the most important question of all: are all of my employees happy here? If you find yourself wavering on any particular team member, you know what you need to do next.

If we are part of a crowd to observe something wrong, but no one in that crowd reacts, then we too are less likely to react. This is part of social conditioning – we are socialised to avoid threatening situations, to avoid the unknown, to avoid drawing attention to ourselves.

Many people want to help. They don’t want to be “the bystander” or known as the bystander. It is their fear or shame that holds them back. Learning to be comfortable with this discomfort is the way to overcome the Bystander Effect.

Help your team to first identify, then admit their biases that allow them to sit back and observe. Our Unconscious Bias Programme aims to dissipate workplace tensions and teach employees how to respect each other within a professional capacity.

If you’ve recognised your own bystander tendencies, congratulations – awareness is the first step to change. To become an upstander, you need to draw on empathy, and dismiss fear and embarrassment.

Recognise that many people in upsetting situations freeze (known as Fight or Flight Syndrome) and become unable to speak up or defend themselves. It’s up to bystanders in that moment to become an upstander.

Self-preservation is a natural human instinct, but in a modern society it’s important to practice self-control, develop empathy, and recognise where to draw a line. Identify your biases with unconscious bias training and help to eliminate the Bystander Effect.

Maze Training can help your team engage their critical thinking, maintain professionalism, and work together in harmony with our Unconscious Bias Training Programme. Get in touch today to find out more.